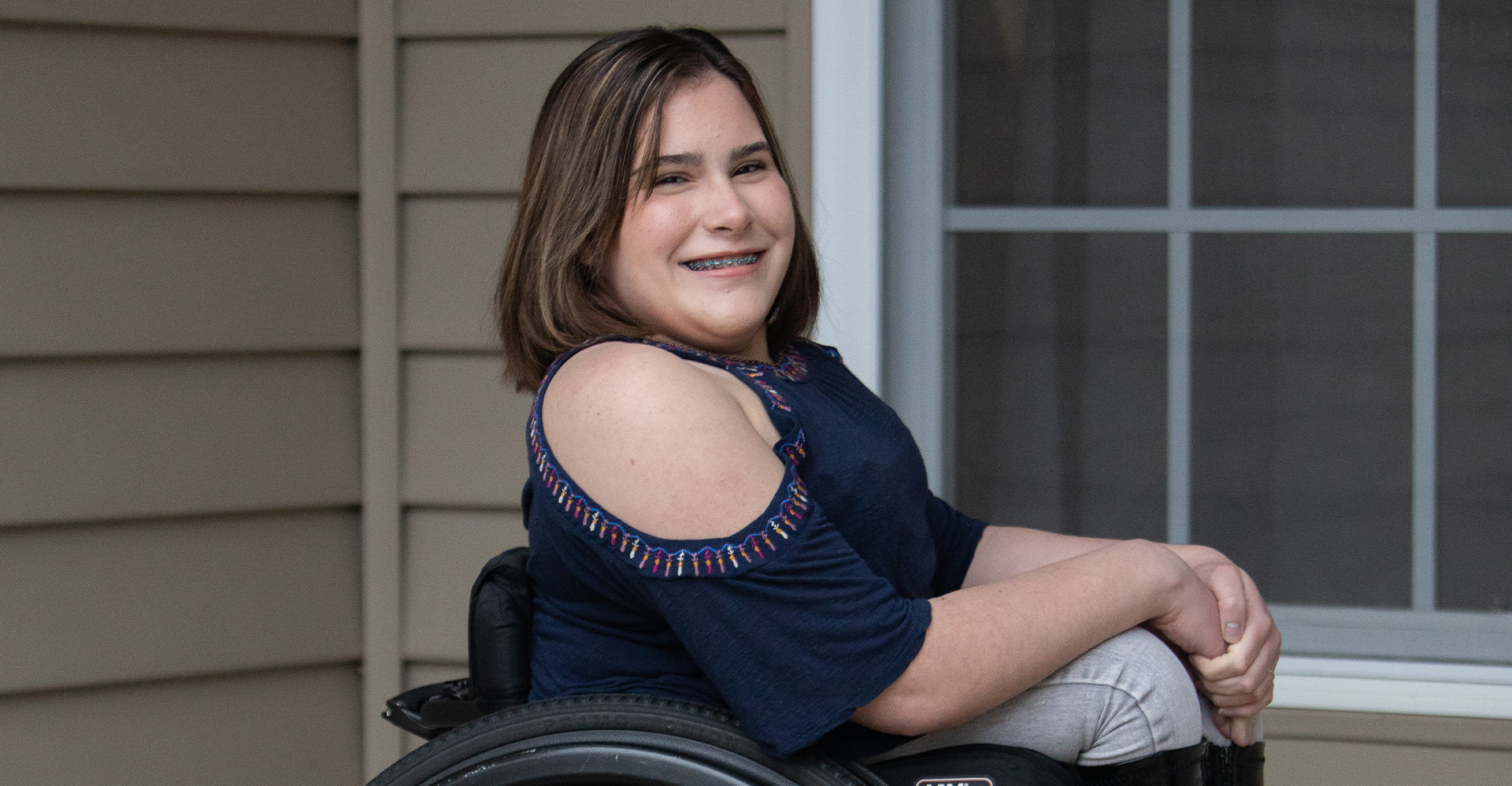 When you meet Selah, it's clear she has a bright future ahead of her. An extremely active teenager, she is involved in theater, adaptive CrossFit and wheelchair racing. But she's also overcome several hurdles to get to where she is today, thanks to St. Louis Children's Hospital.

Selah was diagnosed with spina bifida, clubfeet, hydrocephalus and a few other complex issues. Her parents learned that she would need special care at her mom's 20-week checkup. They prepared for her birth, which would take place at Barnes Jewish Hospital, where she would immediately be shuttled over to Children's. In fact, there were four different teams of doctors and nurses to prepare for her birth and transfer.

Over the past 16 years she has undergone more than 36 surgeries and various other hospital stays — almost all of them at Children's. Her specialized care team includes a neurosurgeon, urologist and orthopedic surgeon. Selah was born with a large portion of her spinal cord exposed. She's had shunts placed to relieve pressure in her brain and correctional surgeries to align her body better so she could sit in her wheelchair more comfortably. Selah underwent a 15-hour procedure to cut and reconstruct her spine — not once but twice — to eliminate a severe curvature and install a titanium rod. As she's gotten older, her care team has focused their surgeries on those that would allow Selah more independence, a way to normalize life for medically complex teenagers. 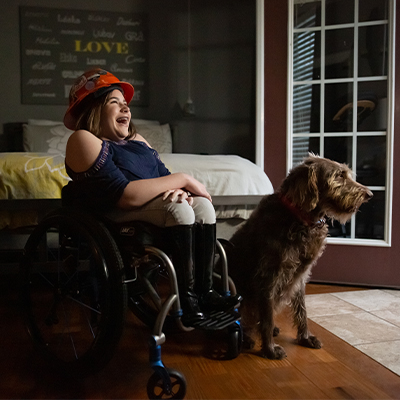 While Selah has always had a very positive outlook on life, she's had her fair share of struggles. She suffered from sepsis and temporarily claimed the pediatric intensive care unit as her home. She broke both femurs and a tibia. But she also says her care at St. Louis Children's has been nothing short of amazing. "St. Louis Children's has amazing people — people who genuinely care about me," said Selah. "I wouldn't have been able to choose a better hospital."

Selah continues to see her specialists for regular follow-up but is glad there are no surgeries planned for the near future. Instead, she's choosing to focus her energy on sharing her story as the 2021 KIDstruction Week patient ambassador on behalf of children with disabilities who are unable to speak up.

Your gift through programs like KIDstruction Week helps fund the development of comprehensive patient programs and life-saving care for kids like Selah so we can always be there for every child who needs us.

We do what's right for kids.